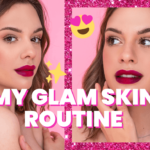 Misreads And The sanghoki Profits They Entail

I should feel more guilty about those times I play badly and win. I should. I don’t. I’ve played well and lost too. These things happen.

The key is not letting those mixed results distort our perceptions.

Here’s an example from GucciRick’s on Monday night:

I’m on the button with sanghoki and Otis is the small blind. I’ve button straddled and Otis limps in from my left. DammitBobby and Frank the Tank both muck before Dr. John raises from $5 to $20.

One caller to me and I call as does Otis.

Otis checks and John leads into the $82 pot for $40. I instantly put him on a pocket pair that’s smaller than Q but bigger than 7. I’m certain my K, 9, and flush draw are good.

What’s more, during the action to that point, Dr. John has shown me that he will almost certainly pay off the flush if it hits. He has about $300 behind.

Then Otis check-raises all in. Otis has a relative short-stack here and his raise is for another $125 or so.

I put Otis on the 7. I figure it’s a suited connector that got lucky.

Now Dr. John just calls. If I trust my reads, I’ve got the 9 outs vs. Otis and 12 against John. I’m not only getting decent odds from the pot, but because I’m sure John will pay off the flush I’m getting decent implied odds too.

The turn is a 9. Now I’ve two additional outs against both players. Lucky for me, John checks my card and I check behind.

The river is another 9. I have top boat. Now it’s time to see if I get paid.

John checks. I put him all in and after climbing far enough into the tank that we assembled a search party… he finds a way to fold his pocket 10s.

…there are several places I may have played that poorly. Partly because I failed to consider the broader range of possible Otis holdings. If I’m sure of my read on John and IF I correctly read Otis’ hand, I CAN NOT CALL!

My misread helped me get lucky and win a big pot.

That’s not skill. I don’t credit it as such.

I’ve won money in my last three live games. Two of them were very good nights. Yet I’m confident I only played great poker ONCE. One of those games, a night at Frank the Tank’s I got lucky twice, with a huge two outer and a very poor call by Otis. He’s usually smarter than that.

On the two outer, I called a raise in position with 44. The raiser had actually, limp re-raised in early position but he does play a WIDE range of hands.

The flop is A, Q, 7. He checks. This is obvious no? This guy fires a c-bet with kings and then prays for a fold.

Instead, like an idiot, I push. He insta-calls with AQ. Top Two. Let’s not wonder about the wisdom of limp re-raising with AQo. I’m lucky that’s all he had.

Clearly, after his check on the flop, I get his money on the turn if I’m smart enough to check behind. That would NOT be a huge suckout. The way I won it was. I played very poorly and won.

I am NOT playing good poker but I’m winning.

That’s not really what matters I suppose.

But then again, it is.